Go to the event

The event will take place in the Polytechnic City of Innovation (Ciudad Politécnica de la Innovación – CPI) in Valencia, Spain.

The CPI is located in the intersection of “Ingeniero Fausto Elio Street” with “Los Naranjos” Avenue.

The València Airport is located just 8 kilometres from the centre of València, between Manises and Quart de Poblet, and is well connected to the city by public transport.

Via Line 3 (red) and Line 5 (green). The station is located on the ground floor of the arrivals hall in the Regional Terminal. Journey time to the city centre is approximately 25 minutes.

There are two taxi ranks, one in T1 Departures (first floor) and the other in T1 Arrivals (ground floor). València’s taxis are white and run by local companies. They all charge the same rates and are available 24 hours a day. The journey from the airport has a supplement of €5.40.

The city of València

València is the capital of the Region of Valencia and the third most populated city in Spain, after Madrid and Barcelona. The city is located on Spain’s eastern coast, on the shores of the Mediterranean Sea.

València enjoys a mild temperate Mediterranean climate. The average annual temperature is 17ºC with warm summers and very mild winters, rarely below 10ºC. There is only light rainfall mainly in autumn and the beginning of spring.

València is a city of contrasts with a rich artistic and historical heritage. It also has an extensive cultural and leisure offering. 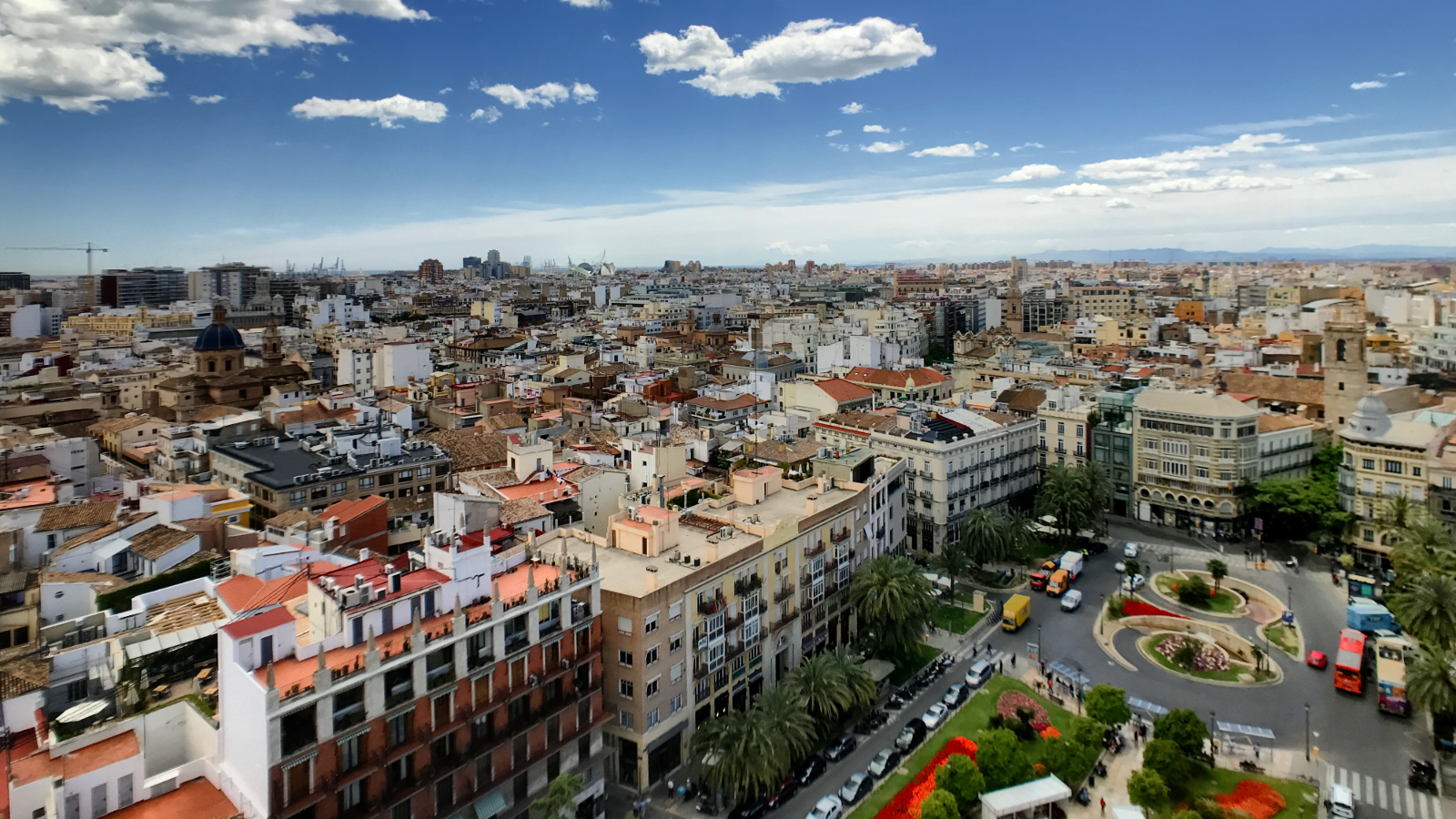