Randomised controlled trials (RCT) in chronic heart failure (CHF) usually have a select patient population, where women and those with multi-morbidity are often underrepresented. Therefore, the use of big data is becoming increasingly more popular in epidemiological research to better cover the heterogeneity. Health insurance claims (HIC) databases capture the unselected Dutch patient population, which makes them suitable for studying the sex-specific effects of comorbidities and medication adherence on prognosis.

The authors of this research analysed the Achmea HIC database including 14,517 men and 11,259 (45%) women with CHF, relating patients characteristics with the primary endpoint (PE) of all-cause mortality or HF admission. They show that in this large HIC database, capturing a representative sample of the Dutch population, men with CHF had a 25% increased risk of the PE than women. Furthermore, a broad range of comorbidities was associated with the PE. The impact of comorbidities was sex-dependent, with a stronger association in women than in men, particularly for renal insufficiency, COPD/Asthma, and diabetes, whereas adherence to heart failure medication was not sex-dependent.

The results underscore the merit of HIC databases in CHF as an addition to RCT data and demonstrate that additional research into sex differences in heart failure is warranted. Treatment should move towards a more patient-tailored approach and the use and value of HIC database should be further evaluated. 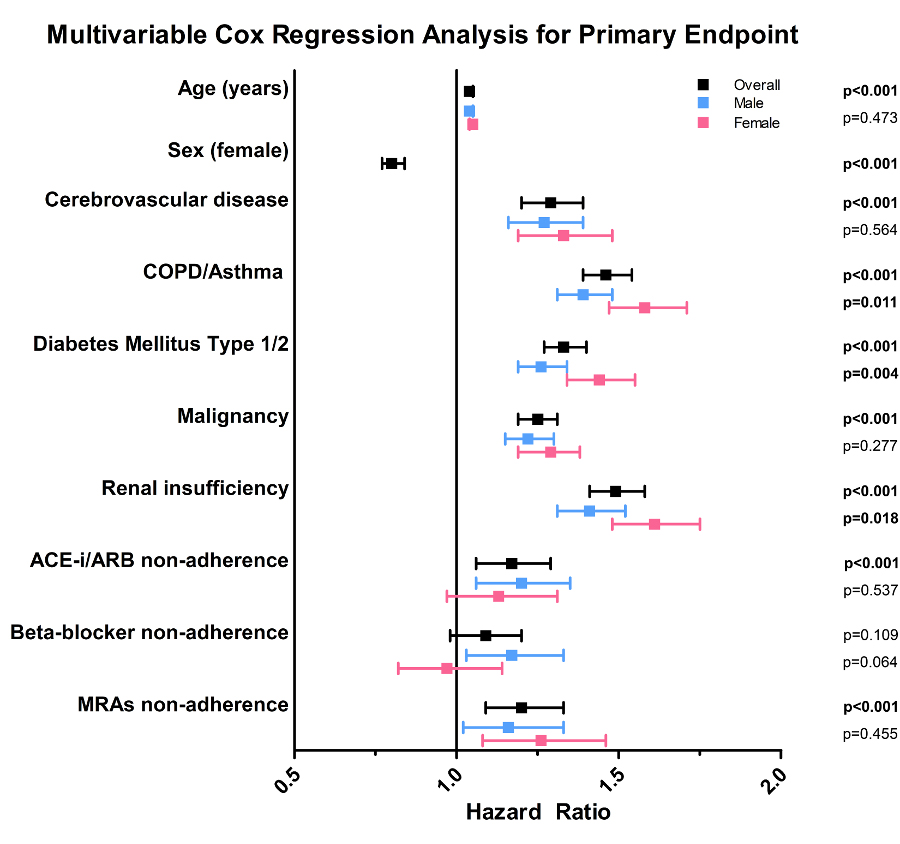 The paper ‘Impact of sex differences in co‐morbidities and medication adherence on outcome in 25 776 heart failure patients‘, conducted by researchers from Erasmus University Medical Center (Erasmus MC) and Achmea, has been published in ESC Heart Failure. Access the paper here.

Fundación INCLIVA and those responsible for the BigMedylitics project use cookies in order to improve the navigability, experience and usability of this website. We also analyze traffic to offer better information in the future. No information is shared with third parties, except technically with the web hosting and analytical tools provider, or by legal obligation. You accept our policies if you continue browsing or you can consult our cookies policy.OkCookies policy